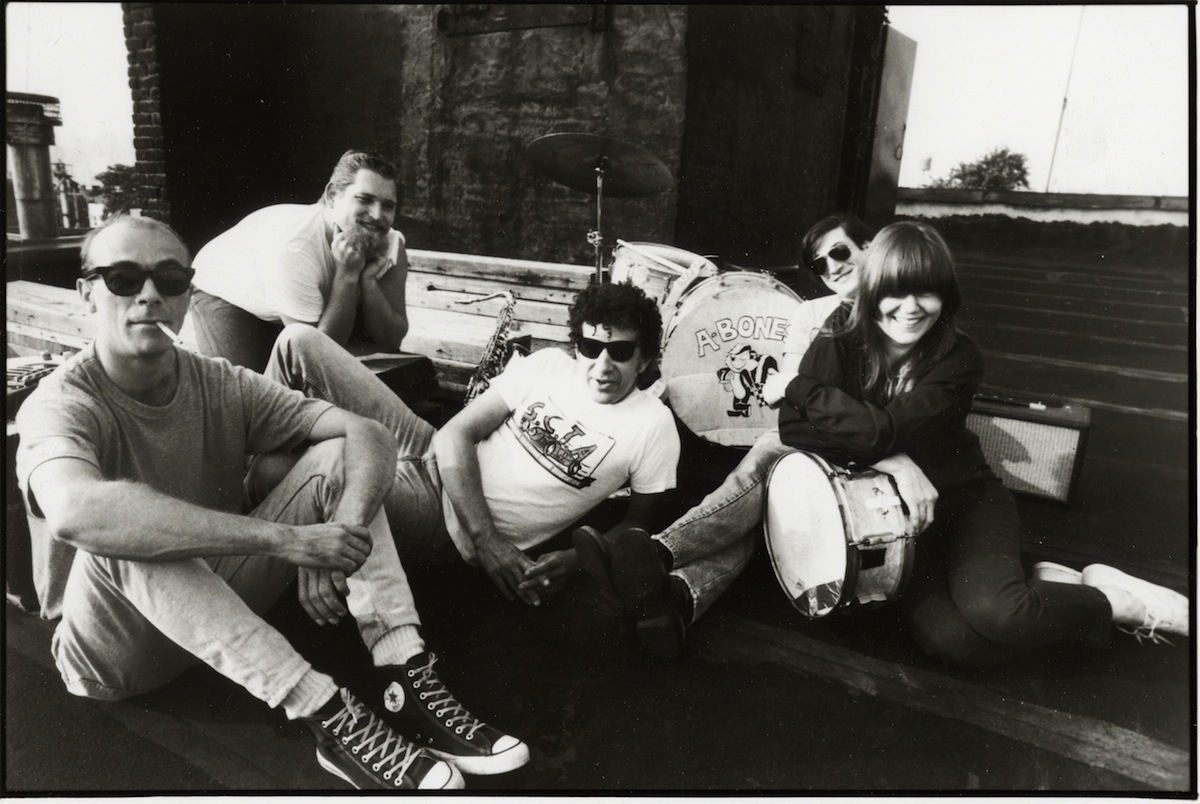 "Bashing out garage rock years before it was fashionable and rockabilly-influenced sounds as if the Stray Cats had never happened, the A-Bones were a Brooklyn-based five-piece that approached the sloppy greatness of rock & roll's past with a beer-addled enthusiasm that had nothing to do with "oldies" or "nostalgia" and everything to do with the primal impulse to play music that's fast, loud, and wild. Named for a tune by the Trashmen, the A-Bones were led by vocalist Billy Miller and drummer Miriam Linna, who previously bashed it out in the Zantees and were also the brains behind wild-assed pop culture journal Kicks and label Norton Records, both of which reflected the same frantic attitude as their band. (Filling out the lineup were Bruce Bennett on guitar, Mike Lewis and later Marcus "The Carcass" Natale on bass, and Lars Espensen on sax.) The A-Bones kicked off their career in 1984, and two years later they released their first record, a 10" EP called Tempo Tantrum, with the album Free Beer for Life! following in 1988. They lent their services as a backing band to such unsung rock & roll legends as Rudy Grayzell, Hasil Adkins, Johnny Powers, Ronnie Dawson, Roy Loney, and Cordell Jackson, released a fistful of singles on various hyper-cool labels, and released five full-length LPs for Norton before finally calling it a day in 1994. The group played occasional reunion shows over the next decade, though, and in 2004 recorded a new tune (with backing vocals from the 5.6.7.8's) for a 20th anniversary retrospective, Daddy Wants a Cold Beer and Other Million Sellers. In 2009, the A-Bones reunited again and released the full-length studio effort Not Now!"